It’s 2022? What the fuck’s going on?! Siouxsie Suicide is back! After a week spent drinking rum in Scarbados for Halloween a load of audio is due for mixing and release sometime in 2023……but before that there is a new digital single coming 16th December in the shape of Cheaper Than Suicide.

An evil concoction of Punk Rock, Industrial Electronics, Pop Culture and Urban Decay. Maybe they are Communists. Or maybe it’s some kind of Satanic thing with backwards rock music. Whatever. They are evil. They broke my watch.

Siouxsie Suicide wear sunglasses after dark, drink too much sambucca, watch too much TV and play 3 chord punk songs on 5 string guitars.

Fusing the DIY spirit and attitude of ’77 with 21st century technology: guitars, synthesisers, samplers and fx racks. In the studio SIOUXSIE is DJ Deadguy, assisted by a revolving lineup for live performances. 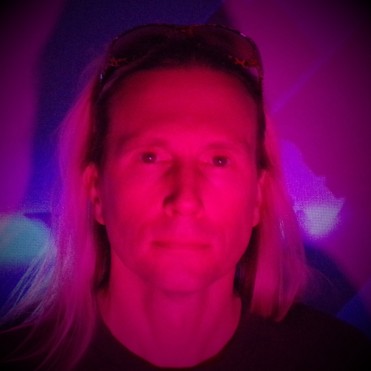 “…a pretty angry sounding demo from the word go. An evil concoction of Punk Rock, Industrial Electronics, Pop Culture and Urban Decay sums them up pretty well. Ones to watch.” – Unscene Magazine

`Siouxsie Suicide` is the work of DJ Deadguy, a man you wouldn`t want to meet down a dark alley late at night if the cocktail of Atari Teenage Riot gunfire beats, buzzsaw guitars and My Life With The Thrill Kill Kult style aggression which makes up opening track `Any Questions?` is anything to go by. The remaining two numbers, EBM track `Just Another Junkie` and the comparatively ambient `Machines` drop the pace enough for those without a gutful of uppers to be in with a chance of keeping up on the dancefloor, yet remain no less menacing for not threatening to induce a heart attack.” – Bubblegum Slut

“…It’s energetic and enjoyable. My biggest regret is I didn’t find this sooner – and biggest criticism that it ends so soon. Be hurrying up with that album lads… ” – TWF

“This Scarborough three piece are not your conventional goth/punk band. No, they are worth attention from a wide audience, here’s why: Opener “Any Questions?” sets the tone for the disk, the band blend clever disco beats and dark vocals to create something catchy and “lively” that would appeal to most on the club scene here, whether it be in York’s own Ziggy’s or The Gallery. It’s accessible and it’s bouncy, the dark vocals do remind of the music’s alternative nature, while also betraying key influences such as “Industrial noise pioneers” Ministry. Second offering, “Just Another Junkie” insights one to their flail limbs madly, and the vocals are a nice touch, a little rough but they compliment the synthetic beats well. It’s “dark and sexy”, and it will make you bob your head, yet you won’t quite know why? And this is the attraction…” Dom Smith, The Talk Mag

“Siouxsie Suicide’s heavy industrial sound may not have been to everyone’s taste; but their cover of Judas Priest’s “Breaking The Law” was one of the most unusual sounds of the evening and the kind of song I imagine Peel would have played at the wrong speed.” – Peel Night 2006 review – Dave Wright, BBC North Yorkshire

“Siouxsie Suicide is actually DJ Deadguy who proves his vast knowledge of studio and musical know how with this very well put together three track EP. Sounding like a cross between early Ministry and KMFDM the Scarborough based DJ has something very special indeed with Siouxsie Suicide.” – Insomnia Magazine

Siouxsie Suicide – Too Much TV E.P.
This one was a pleasant little discovery. It’s one of those CDs that finds it way to near
the bottom of the ‘To Review’ pile, but when I did get to it, I wish I’d found it sooner!
It’s a three track E.P. from Scarborough based Siouxsie Suicide. It’s a multi-layered
electronic affair. A nice little cocktail of layered electronic sounds; presented in a
nice up-tempo fashion. It’s very bouncy and I like the deep vocals. Despite me
saying it has layers of electronics, I think there are enough guitars underneath this to
give it a hint of rock. It reminds me a little of The Chaos Engine, but only in the
essence that it’s more electro-rock than electronic and that there are layers of sounds
and samples.
It’s energetic and enjoyable. My biggest regret is I didn’t find this sooner – and
biggest criticism that it ends so soon. Be hurrying up with those album lads…(7) TWF Magazine 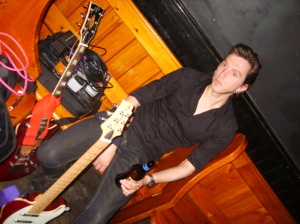